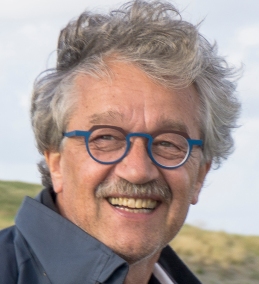 Joost van Kasteren studied molecular biology at Wageningen University in the Netherlands and works as a freelance science writer for several national newspapers and magazines, including trade magazines and popular science magazines. He has written books on technology for sustainable development, the test tube society and on the history of drinking water supply. Three years ago he started the quarterly magazine ‘Vork’ (Fork) that challenges myths and taboos in food and agriculture. Since 2011 he is president of the Dutch Association for Science Journalism and Communication that has a membership of >350 science journalists and PI-officers.

EvoKE on the web

Is your country feeling a little gray or blue? Join the EvoKE community or just send us an e-mail with your thoughts and ideas.