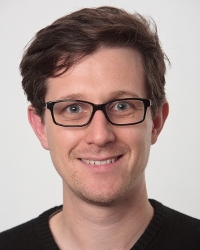 Biosketch:  Pedro Russo is Assistant Professor in Astronomy & Society at Leiden University, the Netherlands, where he leads the Astronomy & Society Group. Dr. Russo was the global coordinator for the United Nation’s International Year of Astronomy 2009. Pedro obtained his University degree in applied mathematics, physics and astronomy from the University of Porto, Portugal. Pedro was a research fellow at the Max Plank Institute for Solar System Research in Germany. Pedro is involved with several international organisations, like the International Astronomical Union, European Astronomical Society,  Europlanet (European Planetology Network), the International Astronautical Federation. His work has received several awards, such as Seeds Special Award 2009, Scientix Best Educational Resource in 2015 and 2016, Most Innovative Educational Activities in 2017 and 2018 by HundrED and 2018 Leiden University’s K.J. Cath Prize.

EvoKE on the web

Is your country feeling a little gray or blue? Join the EvoKE community or just send us an e-mail with your thoughts and ideas.

Evolutionary Knowledge for Everyone

edufuturocom.wordpress.com/
Why Evolution Is True

Why Evolution is True is a blog written by Jerry Coyne, centered on evolution and biology but also dealing with diverse topics like politics, culture, and cats.